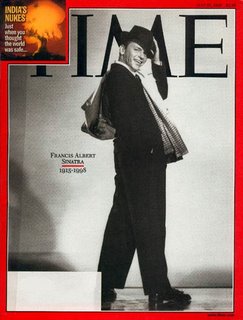 At this very moment I should be working on my new story that has been obsessing me for the last week. But I wanted to tell you about this song that won’t stop playing in my head, which I’m now playing so it’ll leave me in peace.

I don’t know if you’ve been checking out Catalina Magazine’s Book Club but I’ve been the guest author this month. The experience has been immensely flattering but also intensely introspective. You see, I’m a typical doer; I don’t spend too much time thinking about what I should do or how to do it, which can be good and yet as last year proved, not so good. This morning when I received a group of questions from the book club readers, one really made me pause and think about how I write (which then inspired my brain to pipe in “My Way” by Frank Sinatra as the accompanying soundtrack).

When a new idea takes residence in my brain, I get the story in bits and pieces, usually conversations between characters or their internal dialogue. I keep a notebook with me at all times so I can capture them as if I’m a kid again, chasing butterflies in my Grandma Nana’s yard. If I don’t have it with me, I’ll repeat the idea over and over until I find a piece of paper (the backs of receipts are real handy). When it’s time to write the story down, the manuscript is just pages and pages of dialogue with a sprinkling of description or action to make it interesting. I then layer in more description, trim dialogue or rework stuff that doesn’t sound right, and take characters that appeared out of nowhere and develop them throughout the story. The third draft is almost always about plot. I suck at plot and even though I outline a pretty sound structure before the first draft, I inevitably stray and then have to go back to make sure the story unfolds in a logical manner. When that draft is complete, I then take three days to read it out loud into a tape recorder, which I painstakingly listen for rhythm and pacing. That fourth draft is usually what goes to my editor and then there’s a fifth draft based on her observations and the ideas that I hadn’t thought of earlier.

It’s quite a process and last year I tried to tweak it so that I could be more efficient. It didn’t work out, even though I was trying to do it the “right way” rather than my way. The moral of this story, for those of you who are writers or at the very least care to know, is not to pay too much attention to those voices telling you “how to do things the right way.” First, understand how your brain works. Then, take the morsels that enhance your process rather than change it. Finally, leave the room for awhile. I had to make a very difficult decision to take a break from my critique group. When you’re published, you’re surrounded by often well-meaning voices. But the one that you have to listen to is yours (and your agent and editor). While I’m a heel for not being there for my friends, I feel like I’m chasing butterflies again and it’s awesome.

With that, this is my favorite line from Frank’s My Way:

Yes, there were times, I’m sure you knew,
When I bit off, more than I could chew.
But through it all, when there was doubt,
I ate it up, and spit it out.
I faced it all, and I stood tall,
and did it my way.